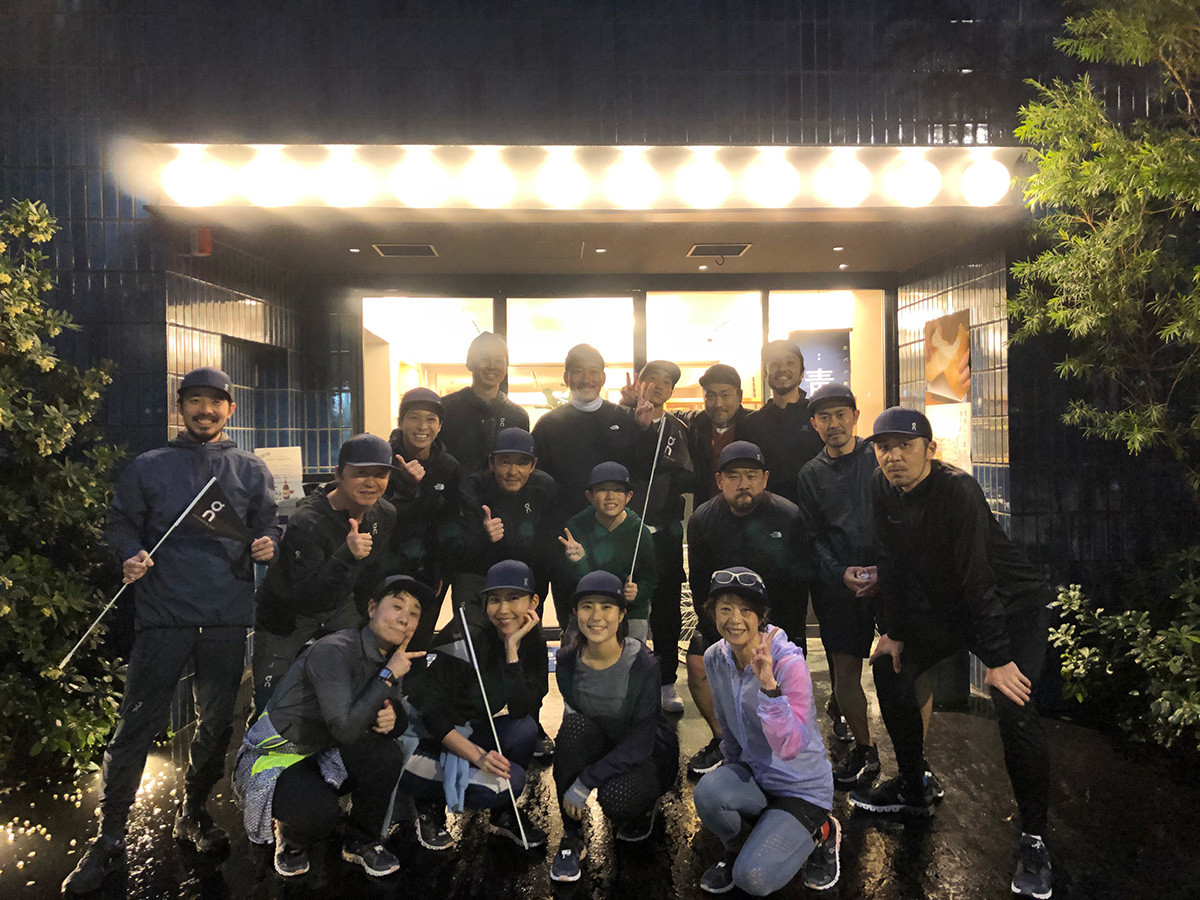 This is situaton of the first BRC(blue running club) running event.
Why the runnning event in OUROUR…?
It is the hotel which has running station.

We gathered at atmos ginza store, and changed to <On>’s new Cloudflow.
However, it is dengerous to run through the city because it was rainy, we moved to Asakusa.

First, we took a commemorative photo while going around the sightseeing spots. 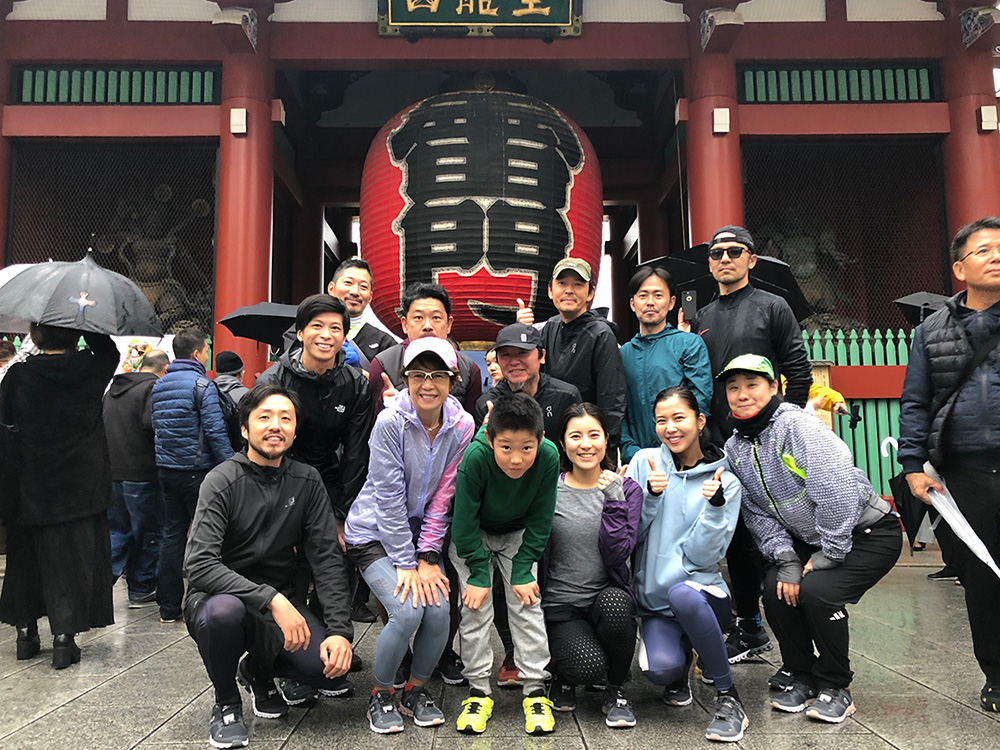 Next, we moved along the Sumida river. We take care of streching. 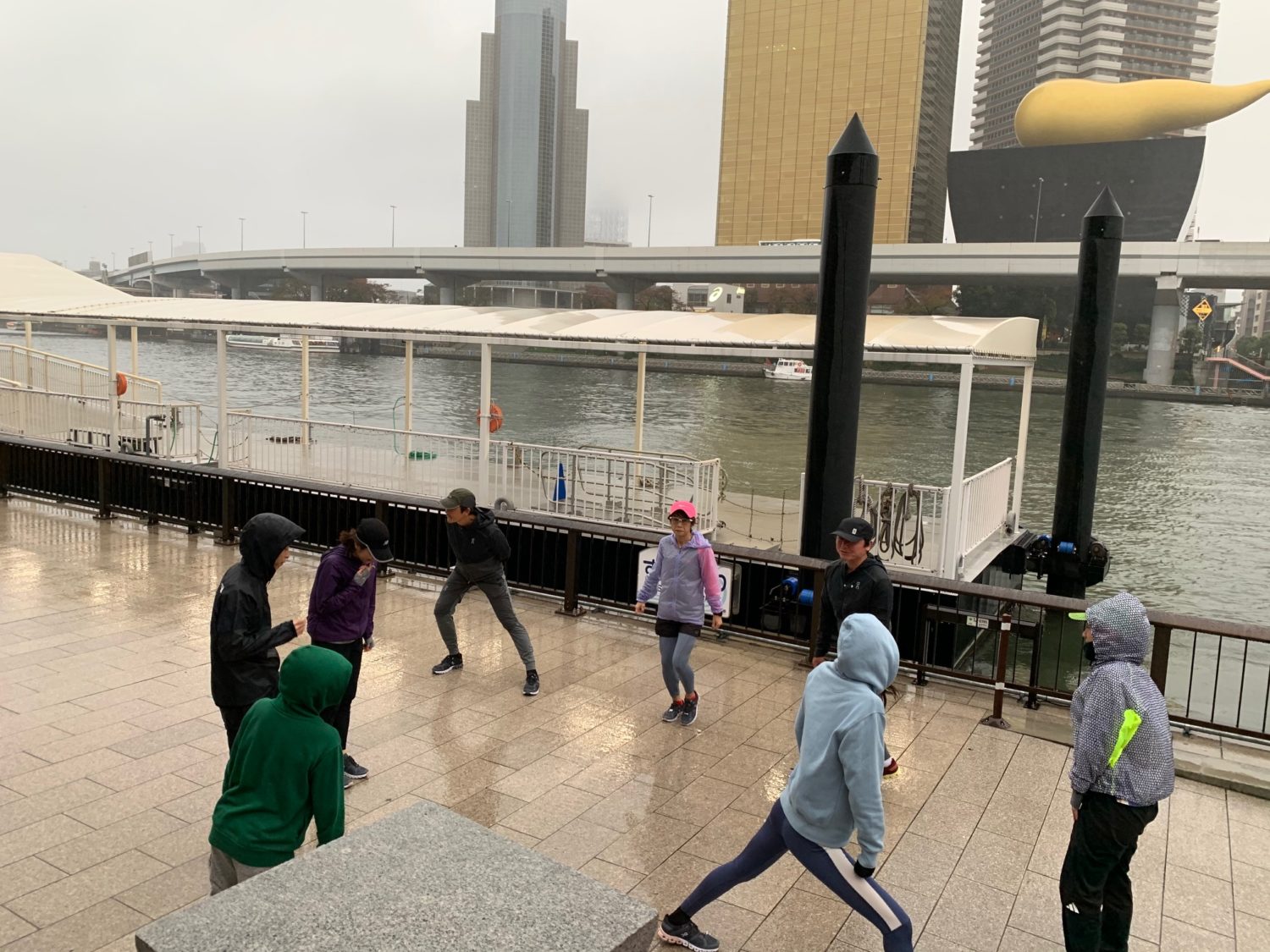 Finally,We start running.
First, the 9-years-old runner was at the top. 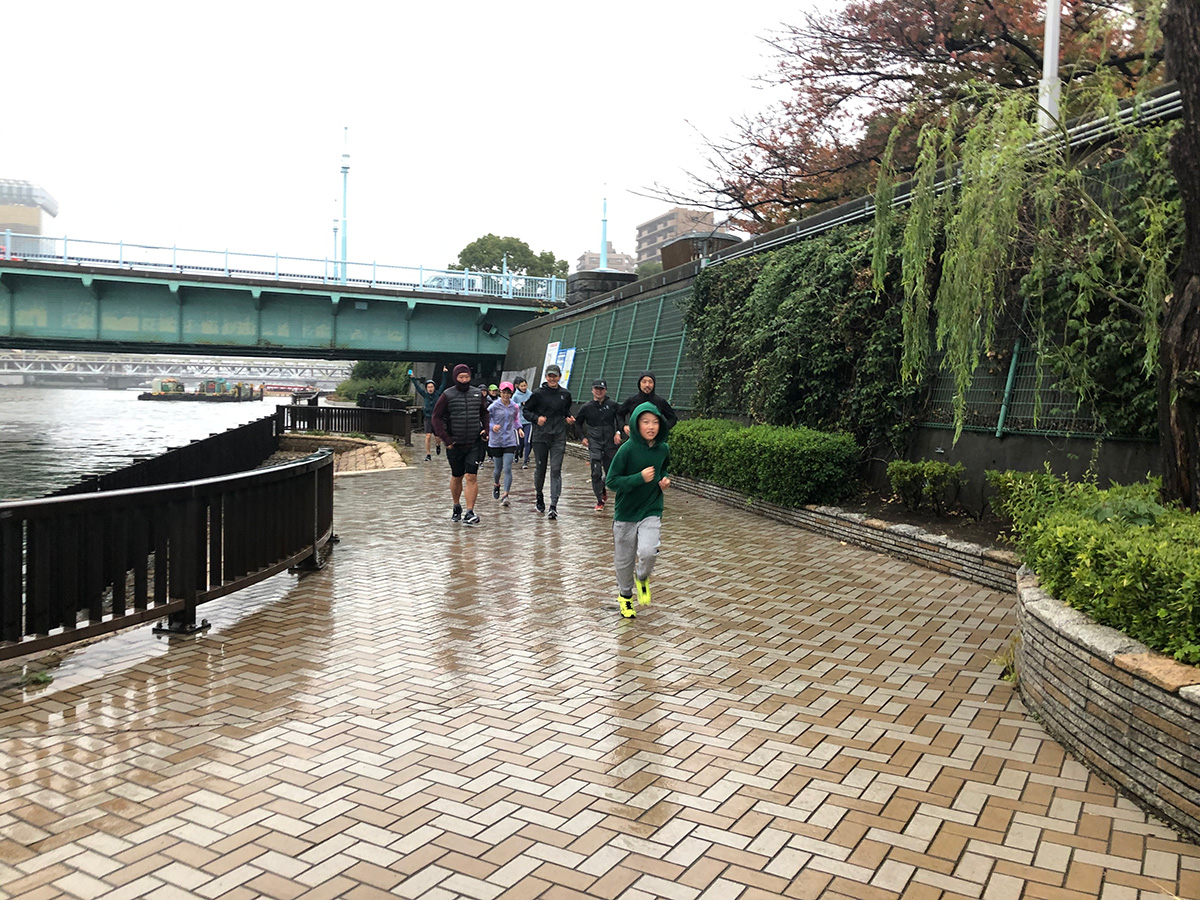 This momentum does not decline until the end… In fact he is a runnner who wins an elementary school marathon every year.

We were not bothered by the rain while running.
There are few pedestrians along the Sumida river, the scenery also made us feel confortable and fun gradually. 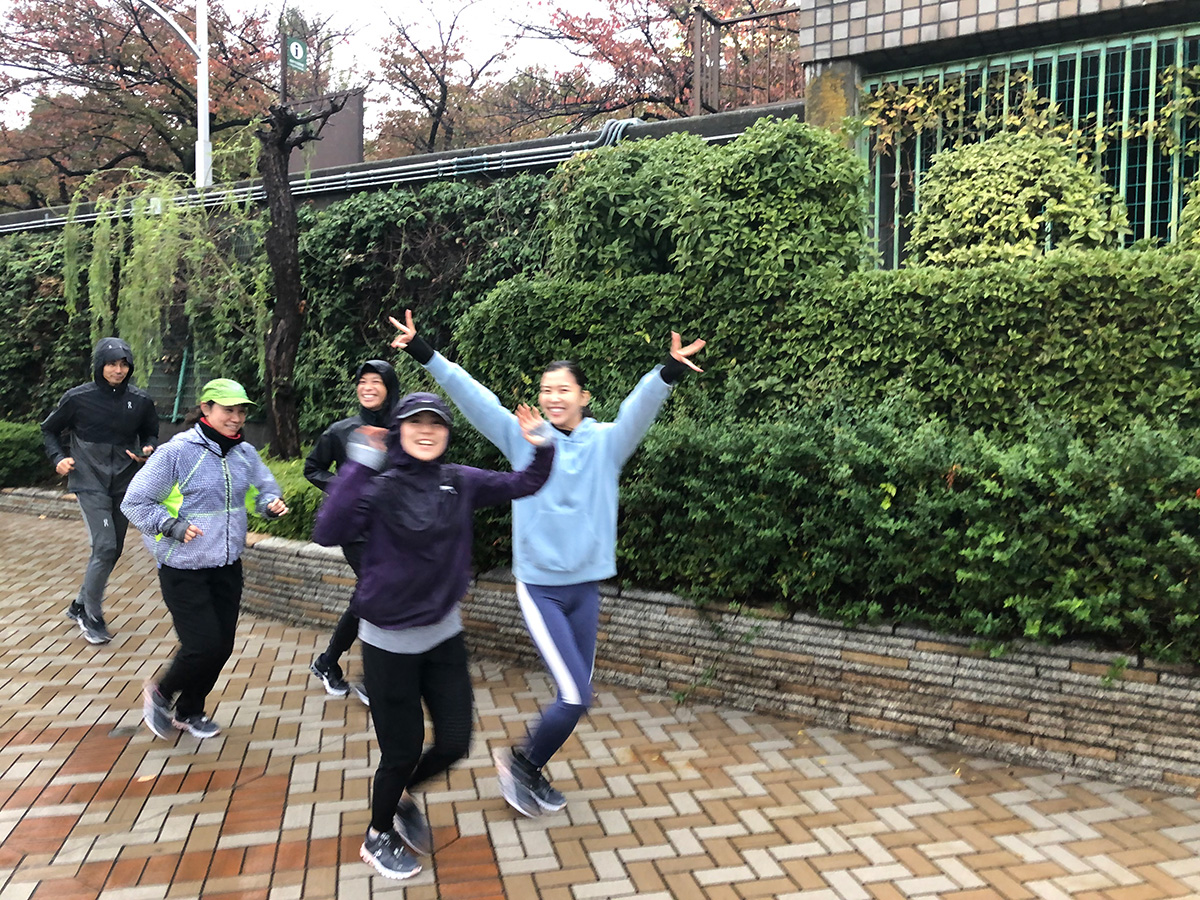 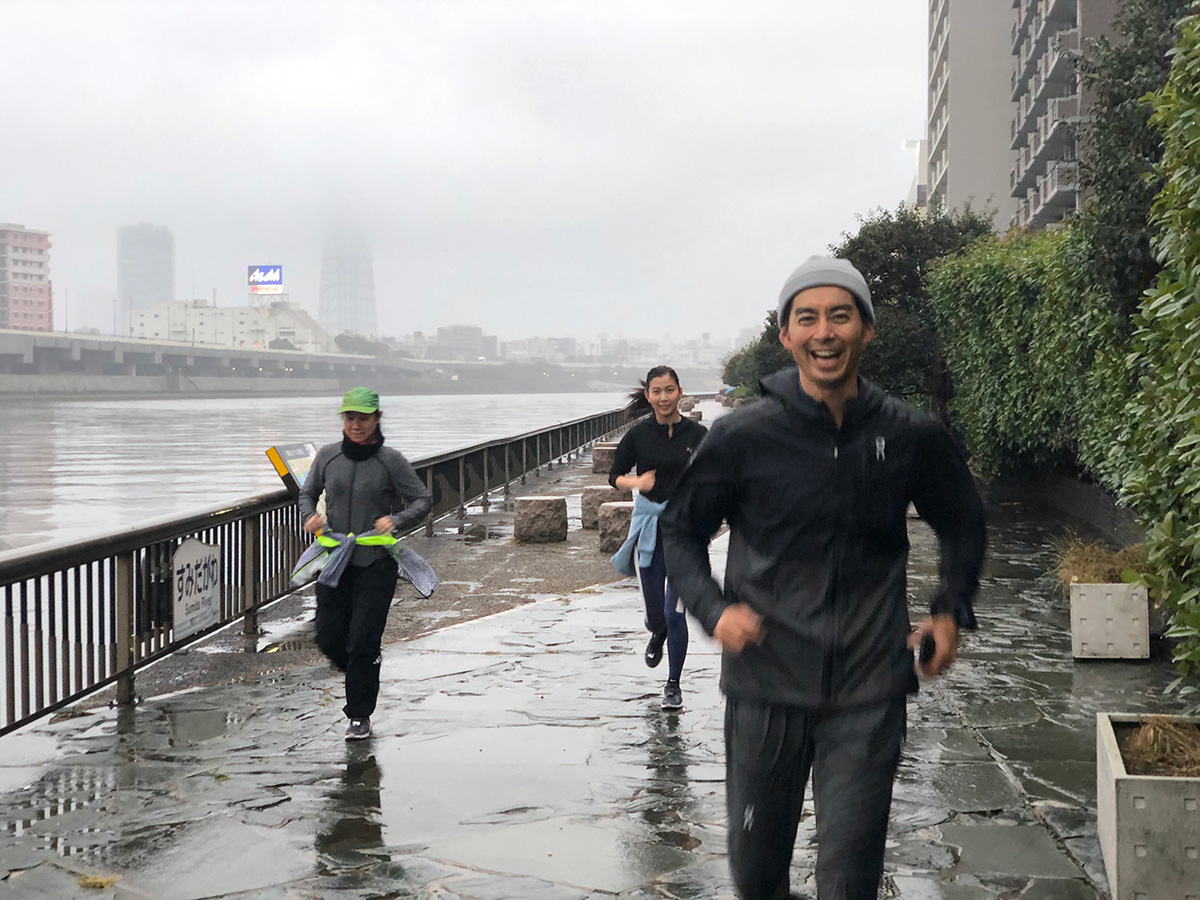 It is “On Cloudflow” that everyone is trying on.
It has catchphrase that is “Shortcut to Runnnes High”, absorbs shock, rebounds well, and has high propulsion.
It was shoes that would support even a biginner runner. 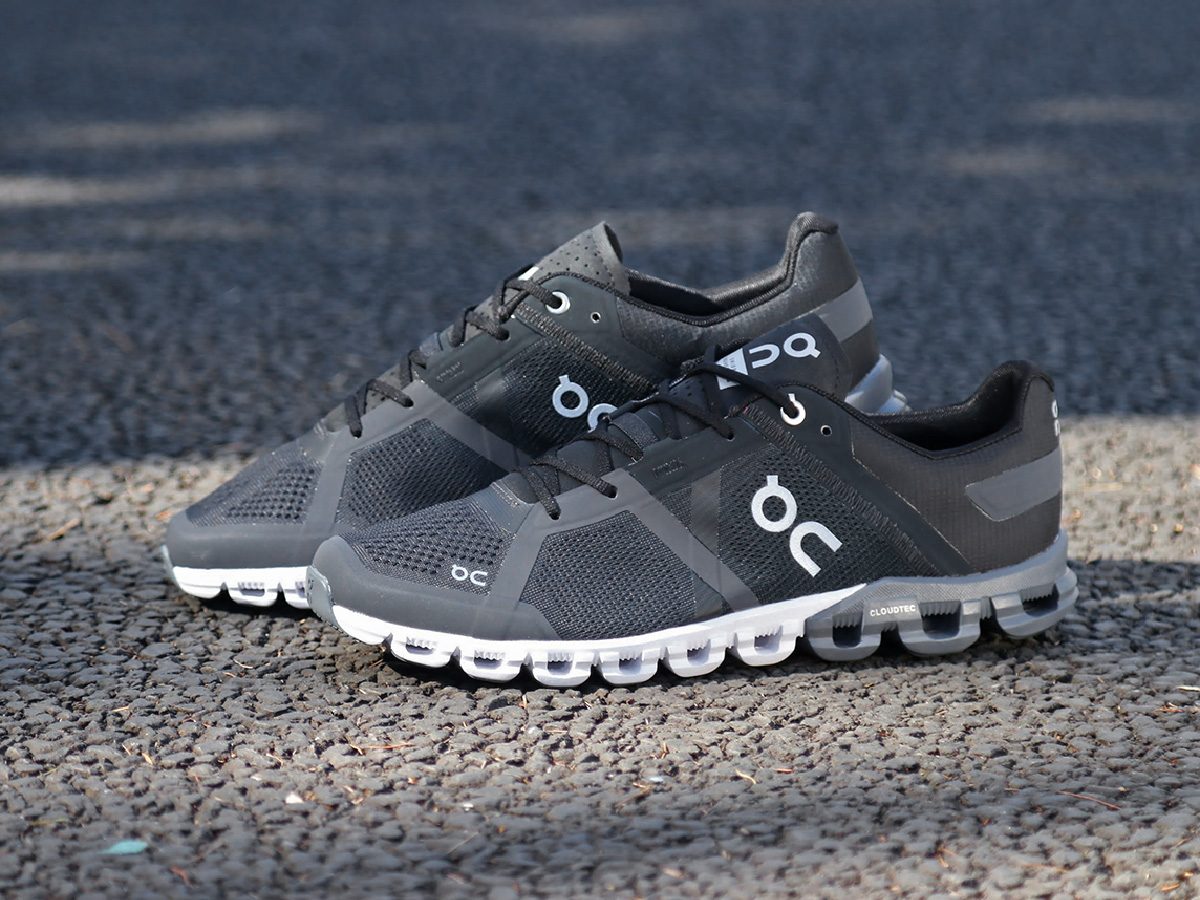 Initially, it is city running, we scheduled the 8km course from atmos Ginza store through Nihonbashi, Kayabacho, Suitengu~Asakusa~Asakusabashi. That is Tokyo Olympic marathon course planned at the biginning.

It is good for running along the Sumida River.
The neon is beautiful when it gets dark. 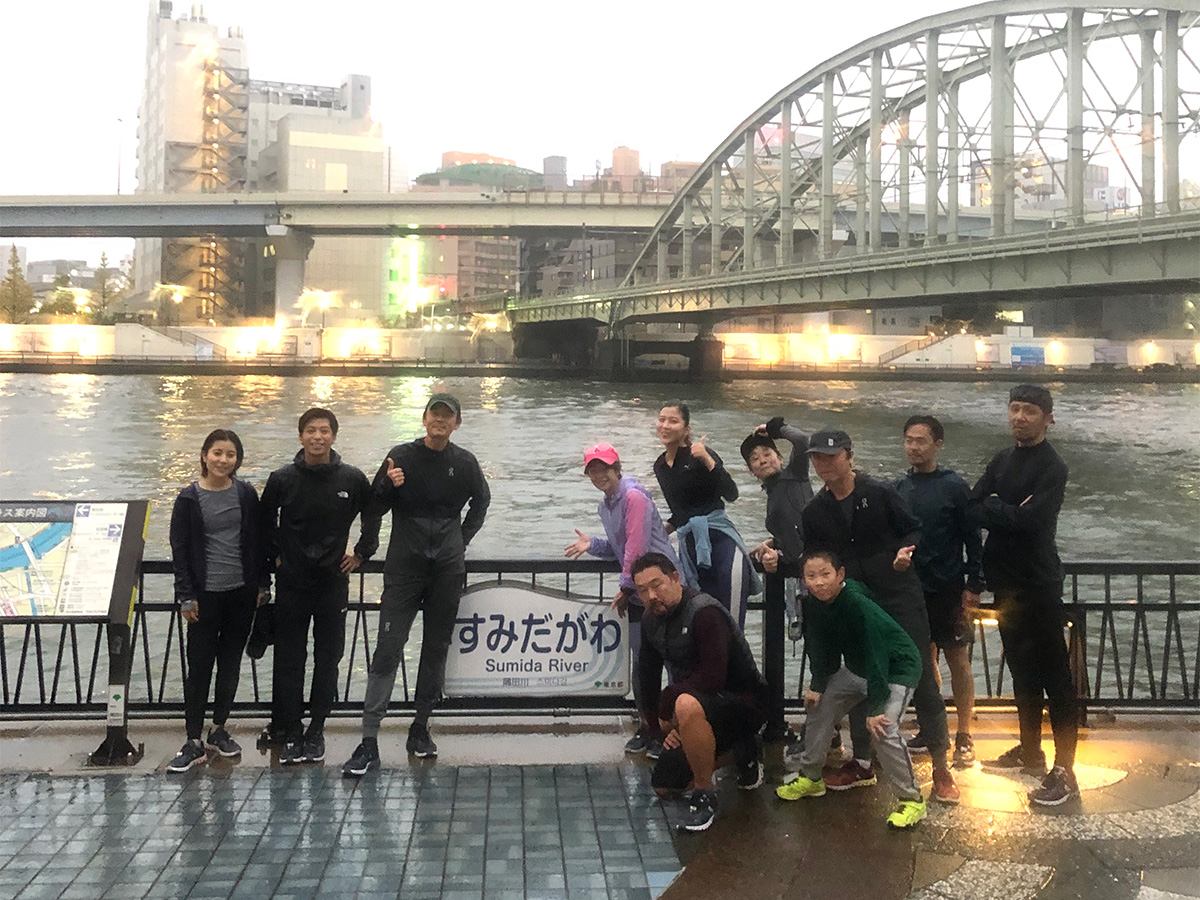 Finally, we took a commemorative photo in front of OUROUR.
Next, we take a bath and drunk alcohol.
The bath and alcohol after sweating were the best.

As mentioned at the beginning,there are “Hinoki” bathroom that has large enough to relax and shower room in 5th floor of OUROUR,you can use as running station, it is also available for non-guest.
By the way, Hairdryer is Dyson that is strong wind. 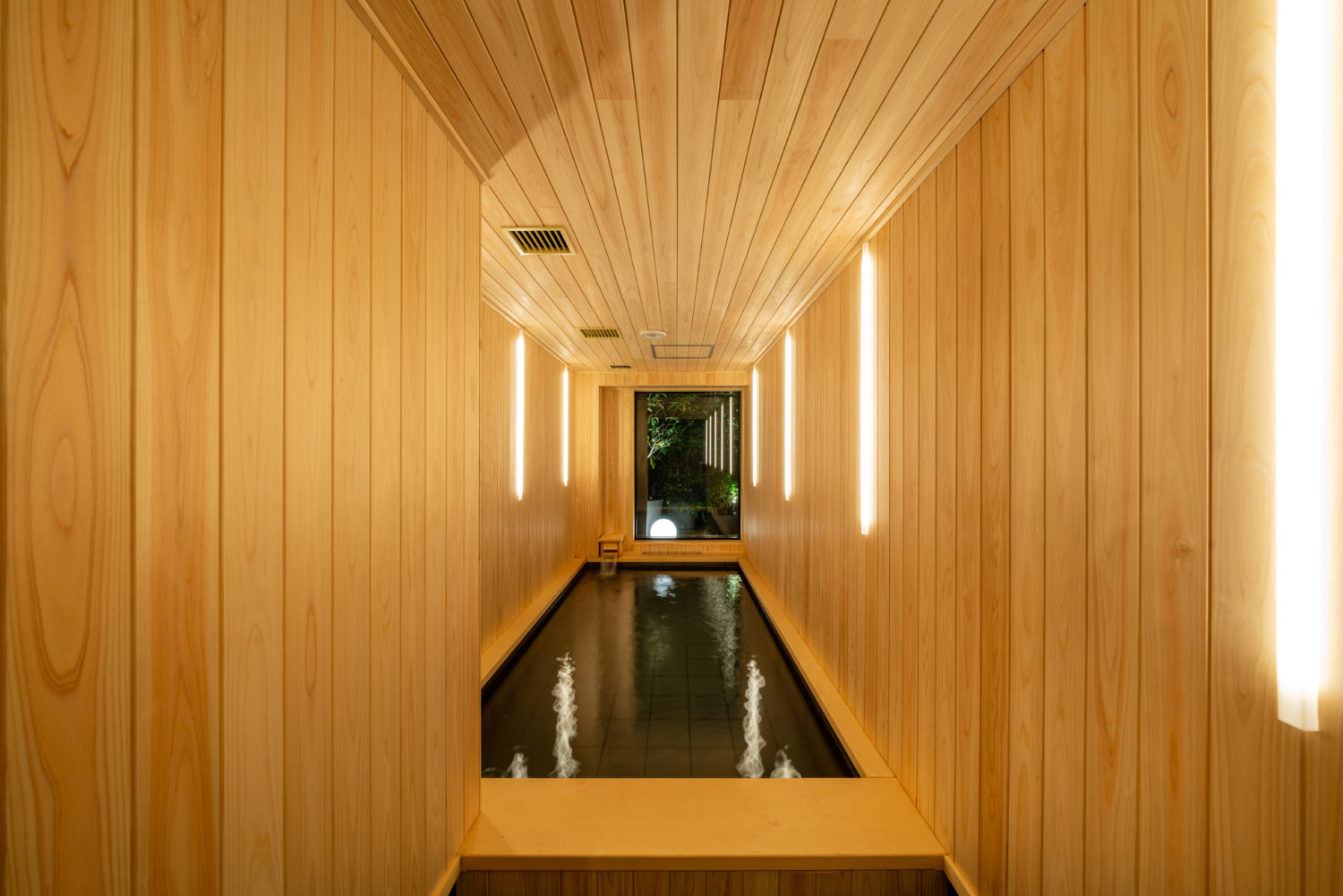 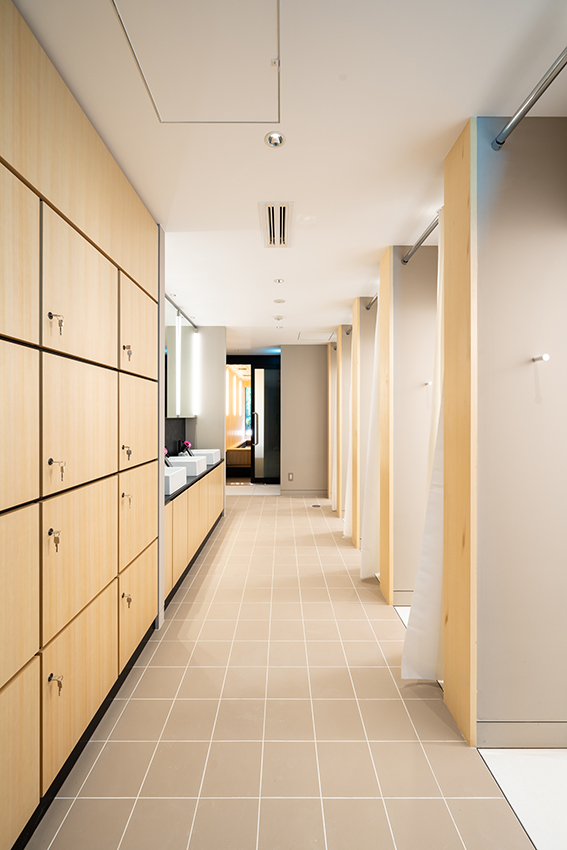 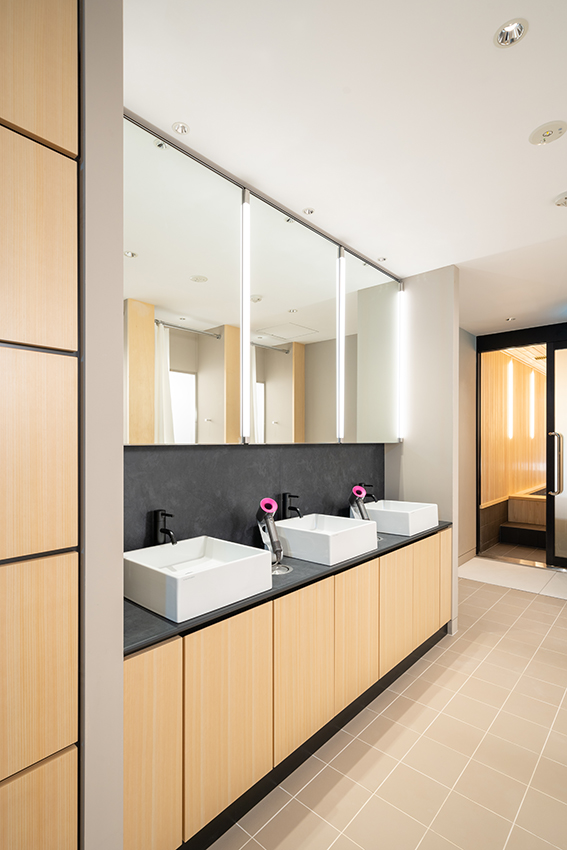 Moreover, there are nap plan and café on 1st floor you can use as workspace.
After running… How is it?

From the current location to OUR OUR